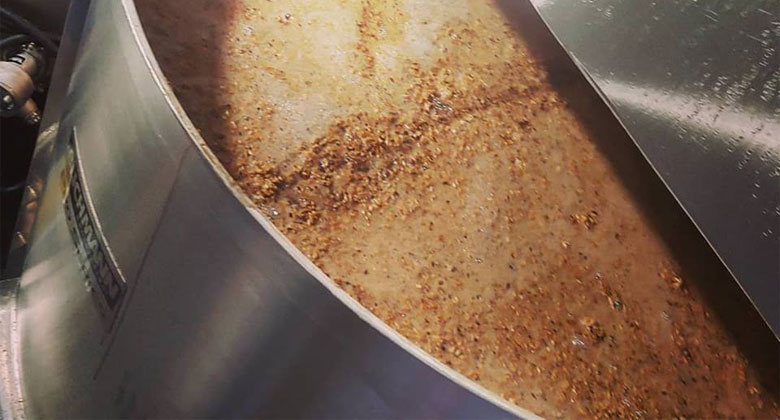 This April, James went to New England Brewing Company (NEBCO) to help brew a beer that would be used as a Team Craft Beer / Closer to Free fundraiser. The pilot system at NEBCO is the same system we will use as a our main brewhouse at Luppoleto so it was also a great opportunity to test the limits of the system.

Since this tradition was started by Tom of It’s Always Stout Season erm.. “fame” the recipe was naturally an Imperial Stout. After primary fermentation, it was laid to rest in a barrel where it has been hanging out until last month.Since we participated in the brew day, the good folks at NEBCO were kind enough to set aside a log of it for us. We are going to buy the keg outright so that 100% of the sales (not just proceeds) go to support Smilow Cancer Hospital and the Yale Cancer Center.

Jennifer & James are participating in the Closer to Free ride. We’d love your support!

Filed under #Our philosophy #Charity #Community