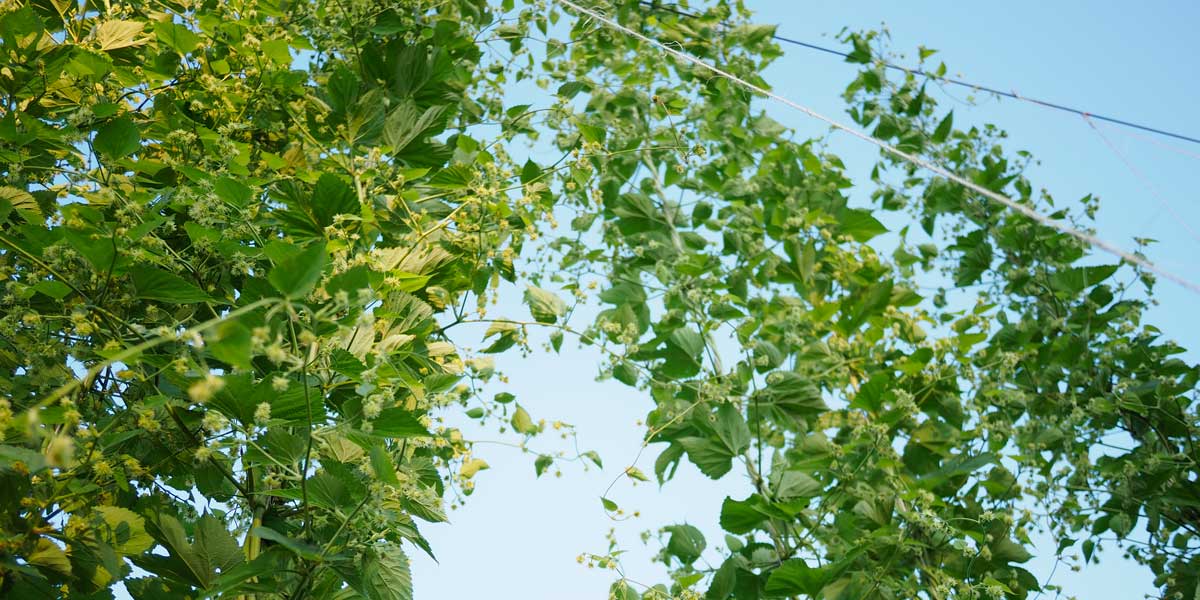 The botanical name for hops - humulus lupulus or “wolf of the forest” - is thought to reflect their ability to aggressively entwine and outcompete other plants. Plunging a thick tap root deep into the soil, propelling tall wrapping vines (technically bines) skyward and spreading a wide web of lateral growth which mature, spawning shoots and roots of their own.

In an interview, one hop farmer described her plants as hard to kill – even if you tried. Which is perfect for me: “hard to kill” plants are my specialty! This endorsement gave me confidence that growing hops could easily fit into our free time (cue ominous forshadowing music!).

FARMER: Yeah, I can probably give you a bit of a discount. 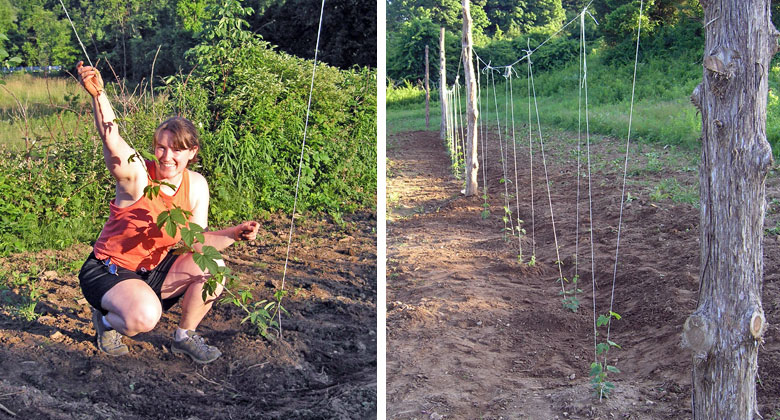 It was 2008 and the brewing industry was reeling from the impending hop shortage. Homebrewers, such as myself, recognized they were firmly at the bottom of the hop food-chain. Homebrew forums were packed with threads of folks exploring the idea of growing their own hops. From ellaborate trellis designs to maintenance discussions – one thing was clear, hops were pretty hard to screw up. With hearty hybrid varietals now plentiful, a healthy plant or two could actually yield enough for the casual homebrewer.

Naturally; we decided to plant 60.

Hey, this was an experiment; 1-2 plants is too small of a sample size. Plus we wanted 3 or 4 different varieties to see which ones proved resistant to the suboptimal New England growing conditions (short season, lots of bugs, mildew). We still thought of it as possibly laying groundwork for a small local hop business (for homebrewers or special small brewery batches), a proving ground for a larger scale hopyard or a small brewery and hopyard combo (a relatively unique idea at the time). 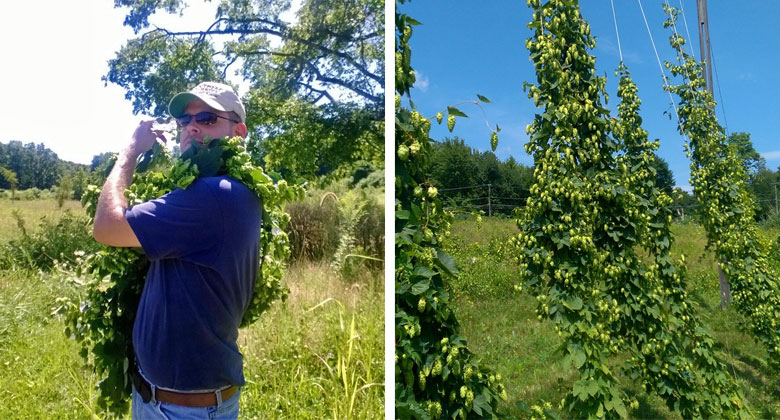 It turns out growing hops is a ton of work. I’d inadvertently picked a scale that took waaay more time than expected and produced more than we could really use for homebrewing but not reliably enough surplus to sell. And by the time our plants were producing reasonably well (2-3 years) - the hop shortage was effectively over. It turned out to be more a bump in the road than the catastrophic brick wall that was predicted.

We did use Wright Nano Hopyard hops in a couple casks while I worked at Back East Brewing Company but this was well short of the usefulness and economic impact I had hoped. We eventually scaled it back to 8 plants which were transplanted to a smaller plot (the original hopyard land was put up for sale).

Like any hobby, they still absorb more than their fair share of time. But I am glad we did it. We learned a lot and it was just crazy enough to capture the attention of the Sierra Nevada Beer Camp judging panel and set me on the path to a professional brewing gig!