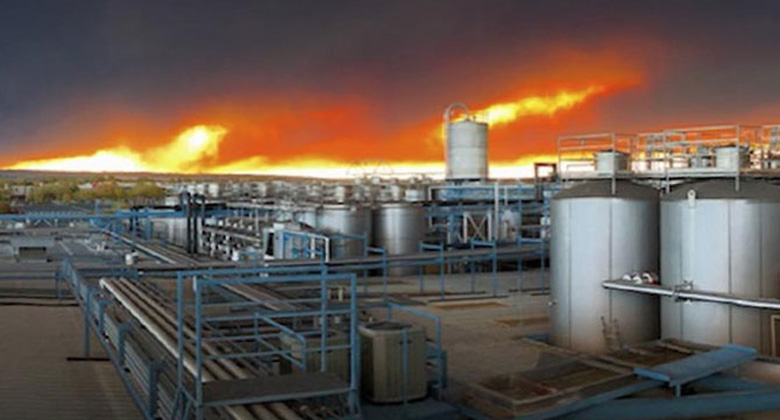 The California wildfires impact was directly felt by Sierra Nevada Brewing Company (SN) who shutdown and evacuated as the flames drew dangerously close. Known as the “Camp Fire” blaze, it is now the most destructive wildfire in history claiming at least 48 lives, displacing thousands and leaving more than 125,000 acres of scorched earth in its wake.

In the aftermath, SN opened their doors to offer clothing, shelter and food to the displaced and to the brave & relentless first responders. Shortly thereafter, they joined forces with World Central Kitchen and hundreds of volunteers to serve Thanksgiving dinner to more than 2,000 people – even cooking mashed potatoes in their old brew kettle.

Then Sierra Nevada put out the call to their fellow brewers urging each of them to brew a fundraiser beer called “Resilience IPA”. Owner & Founder, Ken Grossman set up a fund, seeded it with $100,000, and pledged to donate all the sales from Resilience IPA to relief efforts. (Sales! Not just proceeds, absorbing all the costs of brewing and serving the beer in order to donate ALL the money!)

SN already occupied a special place in our hearts but their response to the wildfires further cements their compassionate, community-centric leadership. At their prompting, thousands of brewers have joined the effort; some donating proceeds, others donating the entire sales amount.

We would love to participate but won’t be open in time. Instead, we urge you to check local CT breweries who are participating like:

Just to name a few. Keep an eye out for tapping events in the next few weeks. See the Sierra Nevada Resilience Page for details and use this official list to find a participating brewery near you.