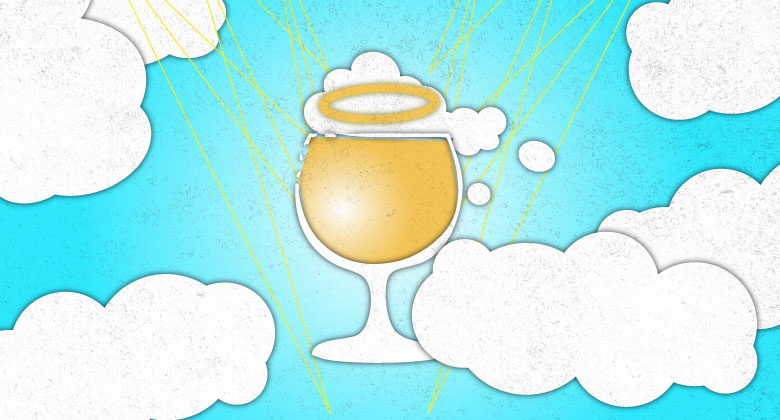 With so many choices, it was bound to happen. People need a guide. Not just to avoid the bad stuff but they want to know what’s good – actually life’s short: they need to know what’s best! It’s easy to see how drinking craft beer can so easily morph into a game, a virtual bingo-board of rarities. Yes, achieving beer god status is just a matter of time: hours on the internet engineering trades, hours on the road (frequently off paved roads) and many, many hours waiting in line.

At its best, tracking down rare beers can be a fun hobby but at its worst it is a solo endeavor; one which often leans uncomfortably towards isolation, obsession and other unpleasant terms associated with addictive behaviors.

For me it boils down to this: Do you choose what you drink to impress other people or because you enjoy it? If you enjoy the sport of beer hunting; go for it! But don’t forget there are plenty of great beers that are easy to get. If they aren’t in your refrigerator because they’re not rare enough or on the BA top 100 or because you’ve already checked into that beer, you’re missing out on much of the joy of being a craft beer drinker in this era.

Don’t depend on others to tell you what you’re supposed to like. Don’t outsource your drink choice to a forums populated with folks cheifly concerned with impressing their friends. Drink and eat all sorts of things, learn what you like and seek it out!

Chasing rarities, at the exclusion of all other beer, is ultimately divisive as it focuses on (a) being the only one to get BeerX and (b) the notion drinking BeerX makes you superior to those who have not.

Do you choose what you drink to impress other people or because you enjoy it?

Instead, I embrace the social and unifying aspect of beer. When someone steps up to the bar and orders something craft instead of industrial light lager, it’s a clue that perhaps that person cares about other artisanal things. As in any great hobby, the common interest performs some ice-breaking and small talk duties on your behalf. Introductions facilitated by this foamy wingman have provided more lasting joy than any bottle of beer.

Craft beer provides enjoyment both inside and outside the glass. Great flavor & aroma and are crucial to the perfect pint but the comradery & conversation that follows is an essential ingredient in my book. Will discussion occasionally devolve to bragging about your beer conquests? Maybe, but I assure you, my fondest beer memories have much more to do with the people I drank with than what we drank.

As craft beer enthusiasts who sees this shift from drinking for pleasure to drinking to unlock an achievement, what do we do? How do we align incentives with enjoyment and disrupt those which encourage distinct check-ins, and bragging about rarities? I think the first step is to lead by example by reducing this behavior ourselves.