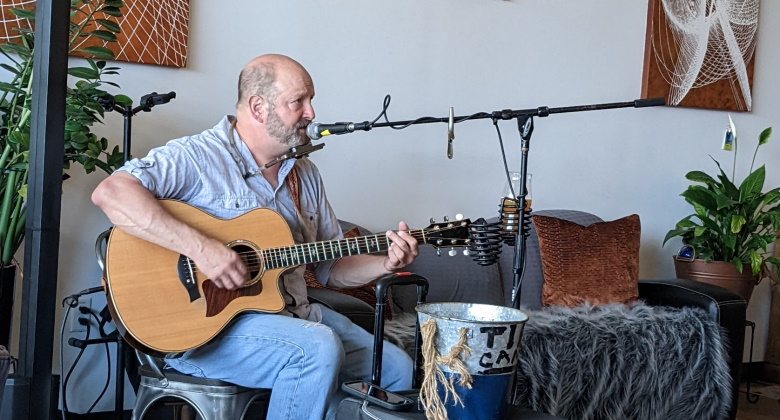 Frank Finik is local singer/songwriter who has been performing as a solo artist, in various duos and in local bands since the late 80’s.

Influenced by artists such as Neil Young, Bob Dylan, Grateful Dead, The Band, John Prine, Tom Petty, Johnny Cash, and Charlie Daniels, Frank’s repertoire during a performance could be renditions of songs by any of these greats.

In addition, a vast catalogue of original music is certain to be blended in.

It all depends on the vibe, atmosphere, the weather and especially on what the room wants to hear!