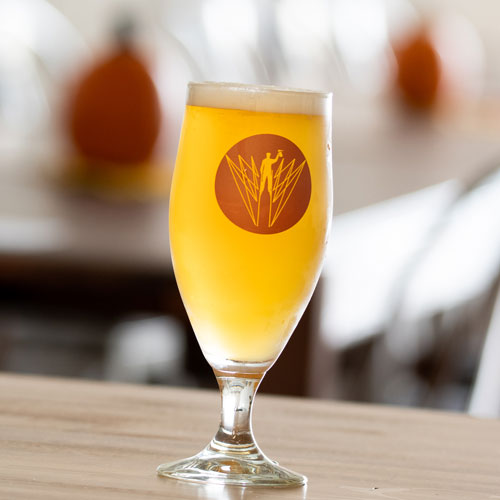 This beer has the soft mouthfeel & big hop aromas frequently associated with NEIPA style beers but it is not particularly hazy. These days lots of folks drink with their eyes so we won’t call it a NEIPA but, if you like those…you might like this.

Well…hops are tall, but stilts aren’t the only way to pick ‘em. Of course, nowadays they have tall trucks – somewhat akin to a stair car. But watch out for bridges and hop-ons (you’re gonna get some hop-ons).

Yeah, they’d probably use something more farmy than a staircar but we figured Maeby with the airport nearby, we’d embrace the silly notion of picking hops on the back of a rolling staircase. Who doesn’t love the staircar? I mean…it got a friggin’ cameo in Captain America: Civil War!

But enough of my babeling on an on Blah Bob Loblaw. Just remember, there’s always money in the banana stand ;-D