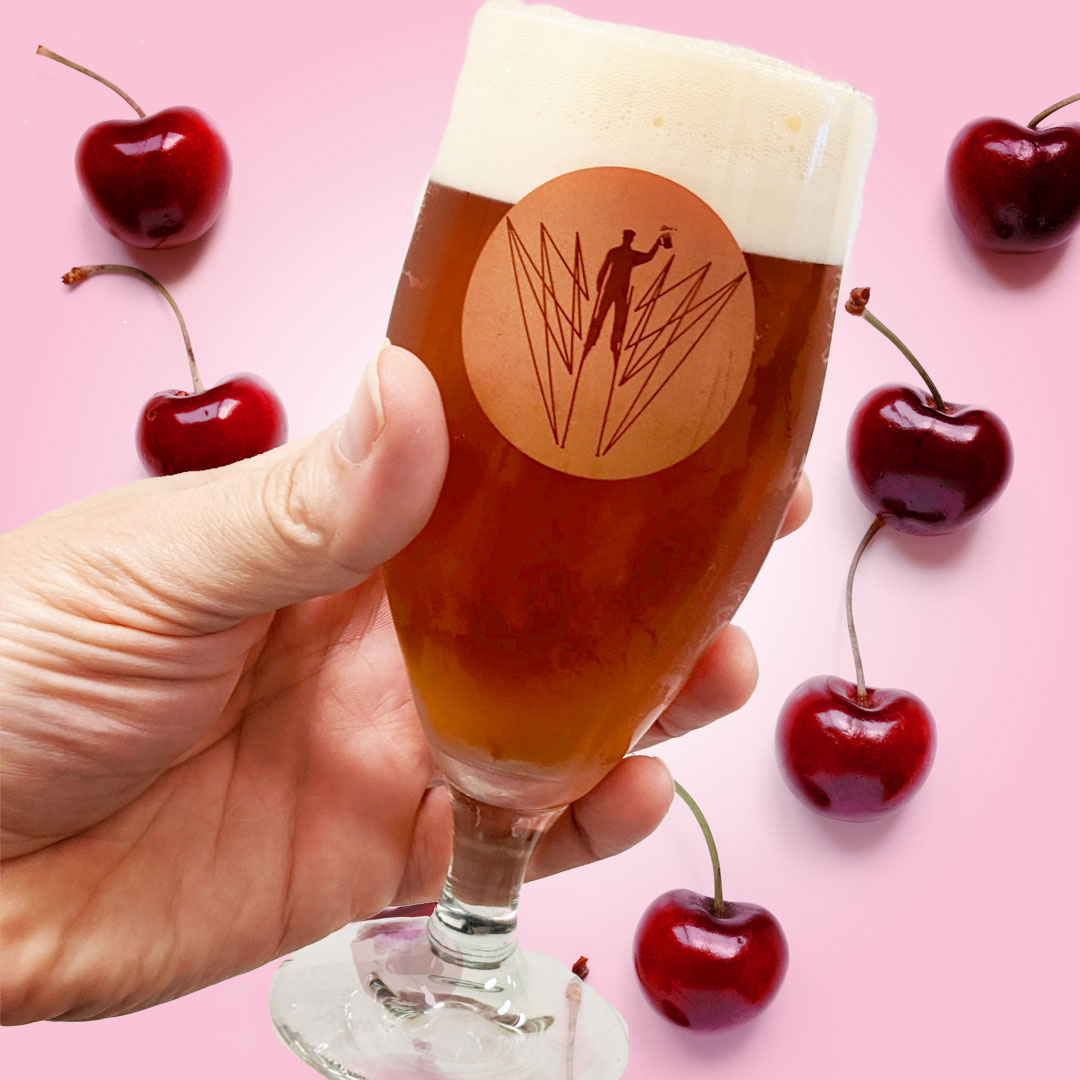 Let’s not overthink it. Cherries + Beer = delicious. Belgian Abbey Yeast lends that unmistakable Belgian Character (pear, pepper, hints of banana) then we refermented it on loads of cherry puree naturally carbonate. The cherries leave behind a pinkish hue, lush mouthfeel, and bold cherry aroma but this beer is not particularly sweet.

For the warmer months, we brew a tangy, refreshing version of Rozata with Tart Cherries.

BREWER’S NOTE: Previous versions of this beer have had a deep, rich, reddish/purple color. This is the first batch we did at full scale (others were 1bbl or smaller batches). There is ~25 lbs of cherry puree per/barrel in this batch – which we thought was a lot – but apparently it’s still not enough to provide that signature color. The flavor is definitely there…just not as pretty as before. ~ JW